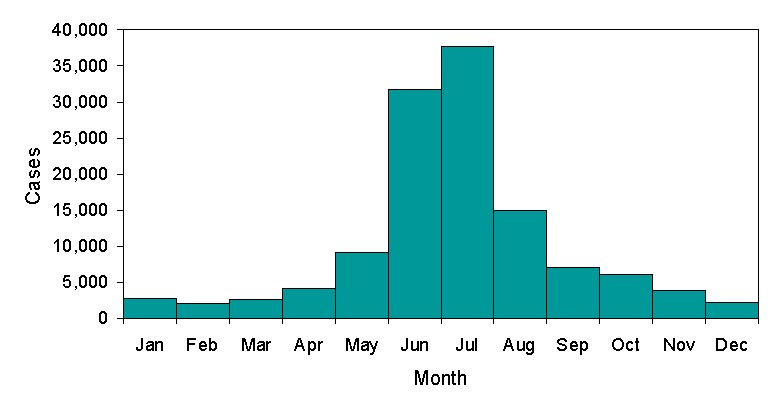 For the last decade, the amount of Lyme disease caused by the tick population has already been tripled. This data is shown by the Centers for Disease Control and Prevention. Many people are suffering from this disease because the growth of ticks has been rising very rapidly this year. The risk of getting this tick-borne disease is mainly concentrated in the northeastern part of the United States and also the upper part of the Midwest. The latest study from the Lab Giant Quest Diagnostics found out that Lyme disease can be found in all 50 states and also the District of Columbia.

What the Experts Say

According to Harvey W. Kaufman, M.D, one of the most popular senior medical directors in Quest Diagnostic, Lyme disease brings a huge risk to many people in the United States. Lyme was named after the coastal part of the Connecticut town. Since then, Lyme disease has emerged to become one of the leading vector-borne diseases that you can find in the United States. When Lyme disease is not treated well, it will cause some other health problems, such as fatigue, skin rashes, fever, arthritis-like joint pain, etc. You also need to know why there is an increase in this number.

The CDC organization believes that Lyme disease is not the only disease that can spread. You can also find some tick-borne diseases, such as spotted fever group rickettsia, tularemia, and Babesiosis. etc. This agency also claims that there is an explosion of the geographic range of tick development and tick production. Some popular ticks may cause disease to your body, for example, black-legged ticks. They are also commonly known as deer ticks. They will be the primary transmitter of Lyme disease in the United States. Most cases of Lyme disease are caused by these ticks.

These ticks usually have about a 2-year life span that can be divided into there developmental stages, larva, nymph, and adult. You need to know these developmental stages because you are going to control the movement of ticks in your home immediately. The tiny bugs usually require some amount of blood meal in the daily developmental stages. Each blood meal can provide a good opportunity for the ticks for spreading the Lyme disease. The tick’s survival also depends on the climate. Most deer ticks or black-legged ticks cannot reproduce when the temperature is lower than 45 degrees Fahrenheit.

Warm Temperature Increases the Risk of Tick Population in 2020

Warm seasons can play an important role in the growth and development of the ticks. They are going to remain active for a long time, especially in the warm season. These ticks are going to travel further to find some food resources. According to the Environmental Protection Agency (EPA), the number of Lyme disease is highly correlated with climate change. Many studies show that climate change contributes to the expanded growth and range of ticks. Climate change can also increase the potential risk of this disease, especially in the United States and other surrounding areas.

The average winter temperature around the Northeast and other surrounding areas rises by about 4 – 6 degrees Fahrenheit. Because of this warm temperature, the case of the Lyme diseases skyrockets very rapidly. Some popular states have a lot of tick attack, for example, Maine or Pennsylvania. Both states become warmer and also more humid than in previous years. Therefore, they are going to provide a favorable environment for ticks. Some experts also find the reason why the Lone Star ticks grow very rapidly in this area.

Other Factors that Can Increase the Risk of Tick Spread

Many other factors can impact the spread of Lyme disease in the United States. The reforestation of land in the Northeast can play an important role in the risk of tick spread. Human approaching to the wildlife zone can also be a big factor for the tick spread. With this suburbanization process, many people are living near any animals that are infected by Lyme. Many other factors can trigger the development of tick spread in 2020. The CDC is planning to do more research on this interesting topic, so they can find the reason why the tick population rises rapidly this year.

To prevent Lyme and other tick-related diseases call Neverdousky Brothers in Fairfield, CT for a fast quote!