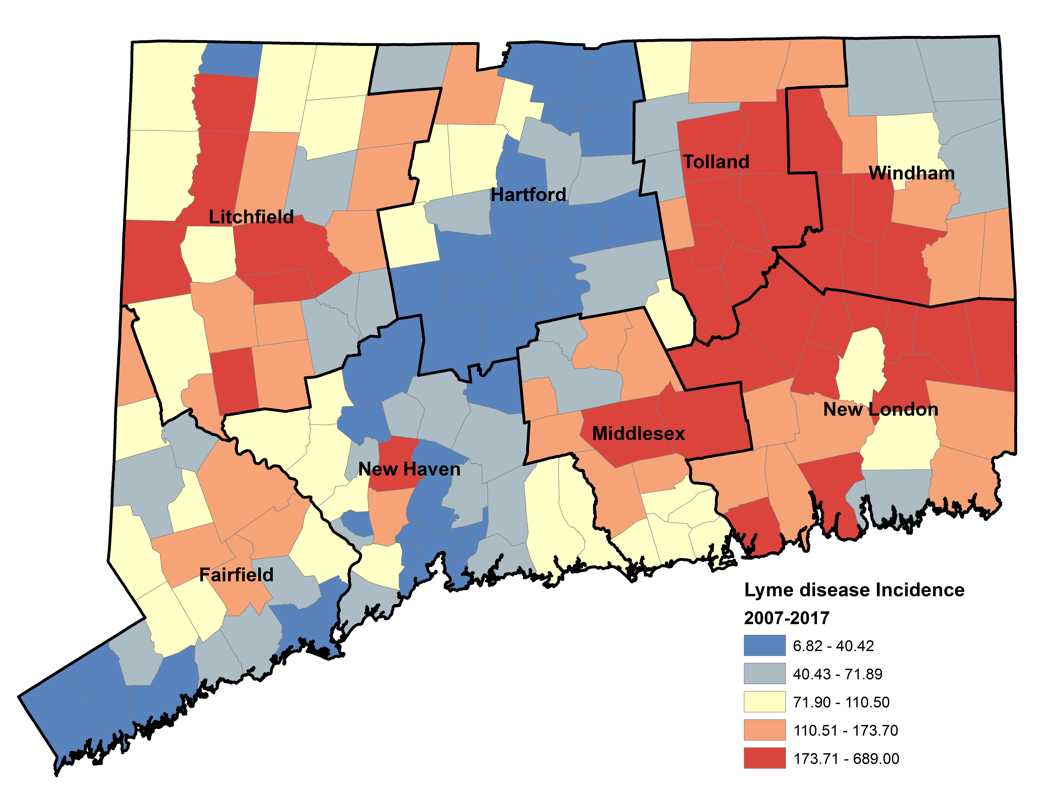 There are a lot of types of tick species that can be found throughout the Northeastern United States. Some of them can cause diseases when they bite people. Therefore, you have to be careful when you have some of these ticks on your property. These ticks usually live in the yard or other outside areas in your home. It is a good idea for you to remove these ticks immediately after you find any of these insects on your property. In this article, we are going to learn about several types of diseases that can be caused by ticks in the Northeastern part of the United States.

Types of Diseases Caused by Licks

It is one of the most common diseases that can be caused by licks. This disease is usually transmitted by the black-legged ticks or Ixodes scapularis. These ticks are very common to live in the Northeastern side of the United States. This disease has some common symptoms, including fatigue, headache, fever, and also a specific skin rash called as the erythema migrans. Lyme disease can be treated with antibiotics.

This is another type of disease that can be spread by the black-legged ticks or Ixodes scapularis. People with this disease can have some mild symptoms, including muscle aches, chills, headache, and fever. All of these symptoms are going to go away after 5- 6 days. One of the best drugs for treating this disease is the Doxycycline. Older people usually have severe symptoms when they have untreated anaplasmosis, for example, respiratory failure, bleeding problems, organ failure, and even death.

Babesiosis is commonly caused by the microorganism called Babesia microti. This bacteria is commonly transmitted by the black-legged ticks. This disease is going to infect the red blood cells of the human body. This disease can be dangerous for people who don’t have a normal spleen, have a weak immune system, or have other health diseases. Complications of babesiosis can lead to unstable blood pressure, severe anemia, very low platelet count, malfunction of some vital organs, and death.

There are some symptoms that can occur in people with this disease. A few days after you are infected with the bacteria of Borrelia mayonii, you are going to suffer from some symptoms, such as fever, rash, headache, neck pain, and also arthritis. There are some people who are suffering from serious symptoms, such as vomiting, widespread rashes, and high concentration of bacteria in the blood. In order to treat this disease, you need to take some antibiotics, for example, Doxycycline.

RMSF is commonly transmitted by the American dog ticks, Rocky Mountain wood ticks, and also the brown dog ticks. These ticks are very common in the Northeastern United States. Most people with RMSF disease will have certain symptoms, such as headache, fever, skin rash, etc. When they are not treated well with the right antibiotics, they will suffer more from this type of disease. Some patients who have already been recovered from a severe RMSF may have permanent damage on their limbs, such as amputation of legs, arms, toes, or fingers.

This is another common disease that can be caused by the Ixodes scapularis. This disease is mainly reported in several regions in the Northeastern states and also the Great Lakes region. This disease usually occurs from late spring to the mid-fall season, especially when the ticks are active. There is no vaccine that can be used to prevent or treat this disease. The initial symptoms of this disease may include fever, headache, vomiting, and also weakness. This disease can lead to severe health issues, such as brain infection, meningitis, encephalitis, confusion, difficulty in speaking, and also seizures.

There are many other dangerous diseases that can be caused by the ticks around your home. If you find any of these insects on your property, you have to call the best tick spraying company for eliminating these ticks completely. It is recommended for you use a tick spraying company like us at least once in every 2 – 3 months for removing ticks from your yard completely. Contact us today!